In our blog series Rebellious Practices we share insights into powerful tools and practices to make work more fun. The previous practices we discussed were stand-ups. In this third episode we discuss another simple yet powerful practice called Fuckup Nights.

Increasingly, we come across organizations that embrace and celebrate failure in order to stimulate innovation within their workforce. Over the last year we have seen a variety of practices to foster a "fail-safe environment" such as the Church of Fail, fail sessions and Fuckup Nights. We will zoom into the latter to show you how it works and how you can benefit from it. 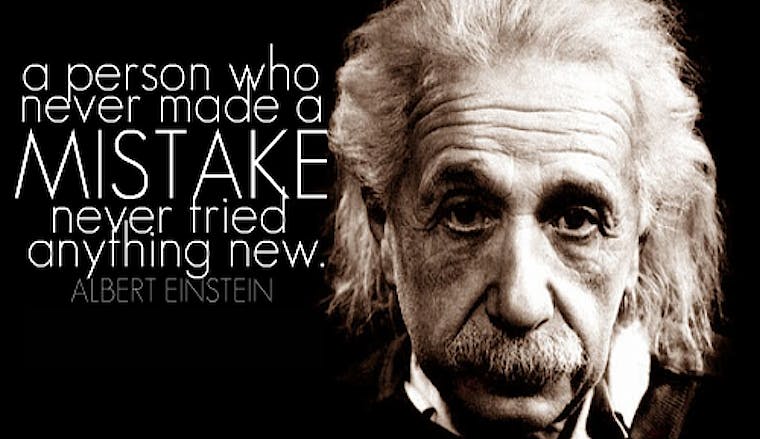 On our search for pioneering organizations we frequently encounter inspiring leaders that create 'safe' environments. In these environments it is common to share failure and mistakes. The leaders perfectly understand that the organization can only be highly innovative and successful when it is capable of learning from the failures and road blocks they hit. They often believe that the more they fail, the more they can innovate and succeed in the long term. Collectively confessing and celebrating failure seems to make failure socially acceptable, sparks innovation and keeps the organization from becoming too risk averse.

Because, whether you like it or not, failing is part of life and thus of organizations. The organizations we visit stand out in their approach to failure. They are eager to try new things, fail as quickly as possible, learn from it and adapt subsequently. Inspiring leaders often start this process by admitting their own mistakes and failures openly in front of their employees to remove the shame, and to symbolize that it's okay to fuck up. After that, they invite the rest of the attendees to actively join the session and share their own fail stories. Sometimes small blunders are shared, sometimes they talk about failures with bigger implications. It is therefore not uncommon that, during these sessions, you will hear about blunders that seriously pissed off a customer or that have cost the organization a significant amount of money.

When we met Henry Stewart in London, he told us the fail story of a British plant of the chemical company Huntsman. Henry: “At the wall of the plant there used to be a big red button which, if pressed, discharged the chemicals into the local river. One day the scaffolders were in, and one of them nudged the button with his pole. His scaffolding company sacked him. But, when Huntsman found out, they insisted he be reinstated, sent back to work for them and even held a party to celebrate. Nobody saw him press the button, but he had taken responsibility and gone to the control room and let them know. As a result it could be fixed in 30 minutes, rather than 24 hours, there was minimal environmental damage and no fine. Holding that party sent a message round, and it spread like wildfire, that Huntsman is a no blame culture.”

A lot of the companies on our fuckupnights.com. So, if you are looking for ways to create a more fail-safe environment, here's a practice that can help you out by letting people admit their mistakes.

W.L. Gore, an American multinational manufacturing company, is famous for breaking the old rules to create new rules and to be able to fully focus on innovation. One of the most powerful rules they introduced: celebrating failure. At W.L. Gore they believe that celebrating failure encourages risk taking and ultimately innovation.

But how do they do it? Very simple. When a project doesn't work out and the team decides to kill it, they celebrate with beer or champagne just as they would have if it had been a success!

Try and fail, but don't fail to try

Do you feel celebrating failure might help you and your team to improve the way you work and create a more engaged workplace? Give it a try and let us know how it went. If you need any other tips or if you encounter any obstacles, we're happy to help you out. Good luck and enjoy the experimentation!

Written by Michele Rees-Jones
‘Blame’ is a loaded, negative word. But it’s a common reaction when something goes wrong. Some even look for people to blame. It shifts…
Read more
Jan 25, 2023
The Biggest Threat To Pioneering Firms Are Its Own Leaders
Jan 25, 2023

Written by Joost Minnaar
Last month, I experienced an interesting turn of events. While I was reading a book featuring a story on the awesomeness of Southwest…
Read more
Jan 21, 2023
Decentralization in the Workplace: How Distributed Management is Changing the Game
Jan 21, 2023

Written by Pim de Morree
Today is indeed a lovely day — it’s the day we announce our entirely new website! We've given the site some major changes to not only…
Read more
Jan 14, 2023
The Rise of Autonomous Organizations: The End of the Middle Manager?
Jan 14, 2023

Written by Joost Minnaar
For our latest "Bucket List" tour, we traveled all the way to the other side of the world—specifically, Japan. We toured the country for…
Read more
Jan 11, 2023
The Corporate Rebels Handbook - How We Handle Fuck-Ups, Meetings, and Compensation
Jan 11, 2023

Written by Pim de Morree
One of the main principles we rely on at Corporate Rebels is radical transparency. And what better way to live up to that than to share our…
Read more
Read all articles