Home Blog How Do You Set Up A Salary Model That Has Everyone's Approval?

How Do You Set Up A Salary Model That Has Everyone's Approval?

Remuneration policy reflects an organization's culture. It’s a calling card for your company. Given current labour shortages, it also determines who wants to join or stay with your company. 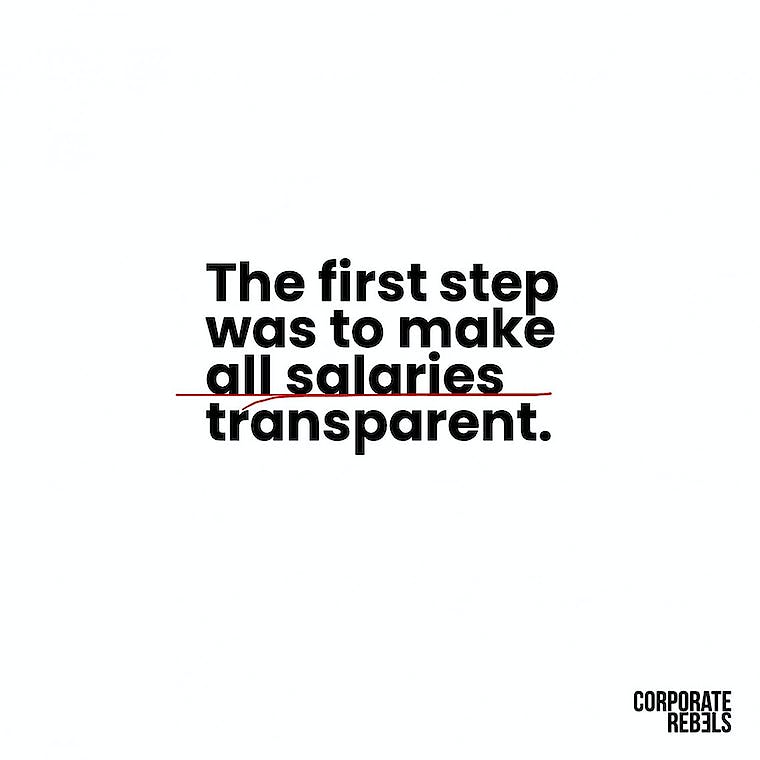 Despite the importance of remuneration, staff are often uncomfortable when the topic of 'salaries' appears, and management is the first to start fidgeting.

They often don’t understand why you should allocate time to build a better salary model. Common reactions include: 'Things are fine now, aren't they?' Or: 'This can only end in trouble!'

But are things going that well? For example, a common issue is higher salaries being offered to attract new talent, leaving current employees fearing they have fallen behind.

At Viisi Hypotheken, we constantly work on an environment in which colleagues can deliver top performance collectively, and based on their own strengths.

In 2016, this led to the introduction of the Holacracy model. We no longer have management layers or job descriptions. Control is divided throughout the organization by means of autonomous roles.

The question then arose of which salary model would be best. We didn’t care for a standardized model devised by an external consultant. That’s not our style.

Instead, we asked employees what they felt was important, and used this feedback to create our model.

Remuneration policy reflects an organization's culture. It’s a calling card for your company. Given current labour shortages, it also determines who wants to join or stay with your company.

The first step was to make all salaries transparent.

We then set up salary speed dates with all employees. Conversations that otherwise would take place behind closed doors, were held openly.

We asked what they thought of their salary and that of their colleagues. We also discussed matters like bonuses, performance assessments and perspectives.

We involved colleagues by asking them about salaries in their peer groups and among former colleagues, and incorporated this learning in our benchmarks. We consulted salary guides and databases. We looked at models across all kinds of industries, both public and private.

We noticed the payroll systems of large private organizations are often complex and opaque. That’s revealed by the large number of job titles. None of these models aligned with our philosophy.

We learned our colleagues just want a good basic salary, and a clear view of the years ahead. And performance bonuses?

They said: 'We’re already working hard, so it’s really not going to make us work much better.' It was more important that salaries not hinder self-development or teamwork.

The Viisi salary model - how it works

Our new salary model is nothing if not simple. It has 5 salary development curves. Each relates to the field in which the employee performs at least 80 percent of their work.

The curves are linear. Everyone has fixed annual increases. That way, they know exactly how much they’ll earn in future years.

Our teams decide which roles are needed to achieve their goals, and how those roles are allocated. This way, everyone can work on the role package that best suits them. Together, they determine how teams can generate best performance - without salaries depending on it.

We don't believe in old-fashioned annual performance reviews in which you learn how much you’ll earn next year. If teams can divide the work amongst themselves, and people can develop talents freely, they will be motivated to achieve the best performance.

Equal pay is a no-brainer for us. With transparent salaries, the room for negotiation has disappeared (which fixed the tendency for assertive men to do better than women in that regard).

Anyone who comes to work at Viisi can work out their earnings on our website. Their starting salary will be confirmed in the first job interview.

After that, everyone in the same field will be awarded the same annual increase. With the teams, we regularly create a benchmark for each field. This way, everyone is aware that we continue to be in the top quartile.

Equal pay is a no-brainer for us. With transparent salaries, the room for negotiation has disappeared (which fixed the tendency for assertive men to do better than women in that regard).

At many companies, the old-fashioned promotion to team leader or manager is the only path to additional earnings. You then have to be in charge, even if you have no skill in that regard.

Which is why we do not have fixed development pathways. We prefer to look at individuals and then determine together how, and in which roles, their talents can be best used.

Team members decide for themselves who is best to fill the coordinating role, and how long they’ll do it for. We make no distinction in salary in this regard either. It is just an operational role.

Having said all that, we still allocate a bonus at Viisi.

The performance employees are expected to deliver to attain this bonus is simple: just stay at Viisi. We celebrate 3, 6 and 9-year work anniversaries with an extra salary increase.

You also accrue additional points in our Virtual Shares Program, whereby a selection of shares is distributed among employees, as our way of thanking colleagues for their years of dedication and contribution.

So, would you like a salary model that is supported by everyone? If so, then let everyone help put it together.

This is a guest post from Marc Peter Pijper, Holacracy Coach at Viisi, a financial services company that offers customized mortgage solutions for highly educated customers. For more information on Marc Peter and the company, check out his rebel page.

Written by Marc-Peter Pijper
I work at Viisi, the first financial services company to implement 100% self-organization. With our philosophy ‘People First, Customers Second, Shareholders Last’, we offer a workplace that enables everyone to work on the best version of themselves.
Connect
Share or join the discussion!
Our newsletter
Are you ready for more revolutionary content?
You can follow us on social media