Assessing the Bold Claims of Holacracy

We find ourselves on a small plane from Rotterdam to London. We are invited by Evolving Organisation to attend a workshop on Holacracy in Brighton.

In short: Holacracy is an 'operating system' for organizations. It replaces the hierarchical pyramid with various processes and procedures that distribute power and authority throughout the organization and therewith enabling a form of self-management.

Recently Holacracy has been getting increased media attention, mainly because online shoe-retailer Zappos has started implementing it. Sadly, it’s hard to find balanced information about Holacracy, since most articles are rather black or white. It seems people either hate it or love it.

On our search, we came across Holacracy in some organizations and it made us curious. Our curiosity was strengthened by the recent media buzz. Attending the workshop was a golden opportunity to experience this mysterious ‘social technology’ and to see if we ourselves would like it or not.

Some background on Holacracy

Putting Holacracy into words is both boring and confusing. The book on Holacracy is a bit of a struggle to get through and after reading it, it's still not fully clear how it works. The best way to quickly update you on the ideas behind Holacracy is their own promotional video. Not the most objective and complete story, but at least it gives you an impression and a basic understanding.

Holacracy is an off-the-shelf 'operating system' for an organization. It has a 'constitution' with all the rules and procedures that have to be followed by the organization. This 'constitution' combined with the 'hate it or love it' atmosphere felt as we had encountered the management version of Scientology.

But once we got to know the Holacracy practitioners and learned more about Holacracy itself, we learned it's luckily not anything like that. They even strongly advise you not to use Holacracy if you're not fully convinced that it will work for you.

We were invited to join the workshop to deepen our understanding and experience of Holacracy first-hand. After reading Brian Robertson's book, visiting Voys (an organization that has implemented Holacracy), and attending the workshop in Brighton, we want to share with you our thoughts on Holacracy so far.

1. Distribution of power and authority

So, let's say, there's a social media role available and you'd love to take up that role. Once you've taken it up, you are the person who has the authority to make decisions which concern that role's purpose and accountability. No more bureaucratic approvals and sign-offs are needed.

2. Focus on solutions and experimentation

The system is highly focused on finding quick (not necessarily perfect) solutions to existing problems and tensions. Holacracy immediately allows you to take action as soon as you encounter a problem. The person that addresses the problem or tension has to come up with a proposed solution directly afterwards. Once proposed, the other attendees can suggest changes which can (but don't have to) be taken into account by amending the proposal. Once the solution is on the table, it can only be blocked when there are clear indications that the proposed solution can harm the organization. This all sounds as a relief to us, especially compared to what we were used to in our previous job: endless discussions without someone taking real action.

During the workshop we simulated two meetings in the Holacracy style, and we have to admit that objections are rarely found valid. The positive result: the organization quickly adopts new proposals, implements them and can simply revise them once needed. This keeps an organization from 'analysis paralysis' and enables quick learning and adapting. This very powerful aspect of Holacracy is also an important aspect in lots of other upcoming ways of working such as agile, scrum, and the 'Lean Startup' methodology.

One of the most frustrating things we experienced in our previous jobs was the lack of accountability. When problems occurred people started pointing at each other. In Holacracy, all accountabilities are precisely written down for each and every role. This approach has its downsides as well, but the clarity is refreshing. Every person knows exactly what is expected of him or her and the accountabilities are openly available to everyone in the organization. A clear advantage as compared to traditional organizations.

1. Rules of the game

Implementing Holacracy is like learning to play a new game; a difficult game. And as you probably know from learning any other new game, just reading the rule book is not going to make you fully understand it. You need practice, and when it comes to Holacracy: lots of it. 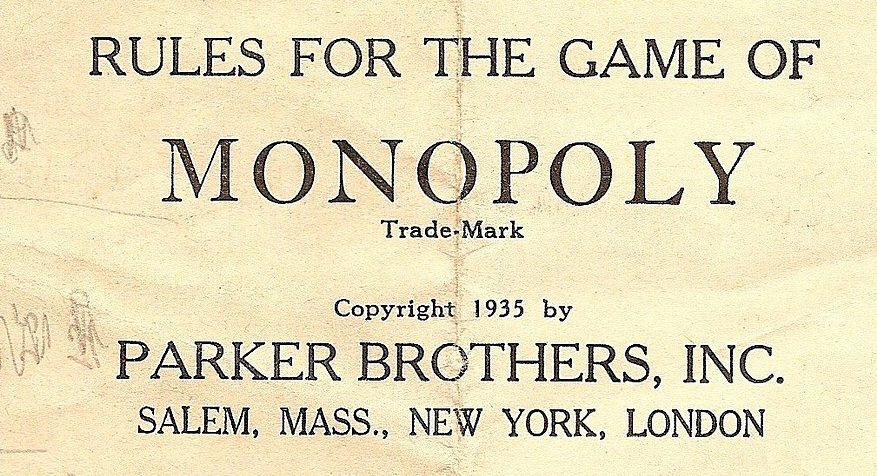 This means hiring experienced Holacracy-coaches and learning to play the game by its rules. This of course takes time, money and a lot of slowly progressing meetings. A great business model for Holacracy-coaches, but a frustrating downside for the organization that is implementing it.

During the workshop we practiced so-called tactical meetings and governance meetings. Luckily, we had a very experienced facilitator who could guide us through the process. Without him, it would have been absolute chaos. But even with an experienced facilitator, it felt clunky and uncomfortable to participate in the mechanical process. You are not allowed to enter into a discussion, can only talk when it's your turn, and lots of subjects are moved to other meetings as "they don't belong in this specific meeting". One of the participants described it as being in "a straightjacket for extraverts".

This seems to be the opposite of what we've seen in some other pioneering organizations. We often see employees are liberated by letting go of all the rules and working in a more organic and naturally evolving way. After having joined in the Holacracy meetings, we definitely prefer the more organic approach. To be honest, we lack the experience. We therefore like to see a more experienced group having a typical Holacracy meeting; it might alter our perspectives.

The problems and tensions that were being raised during the meetings had to be accompanied by a proposed solution. Almost without exception, the proposed solutions included newly defined rules, processes, or policies. The problem is that there's no-one to safeguard the organization for accumulating bureaucracy. And as we are so used to adding rules, processes and policies to avoid making future mistakes, we feel bureaucracy is constantly ready to stick it's ugly head up in Holacracy. This seems all too contradictory to Holacracy's claim to reducing bureaucracy. 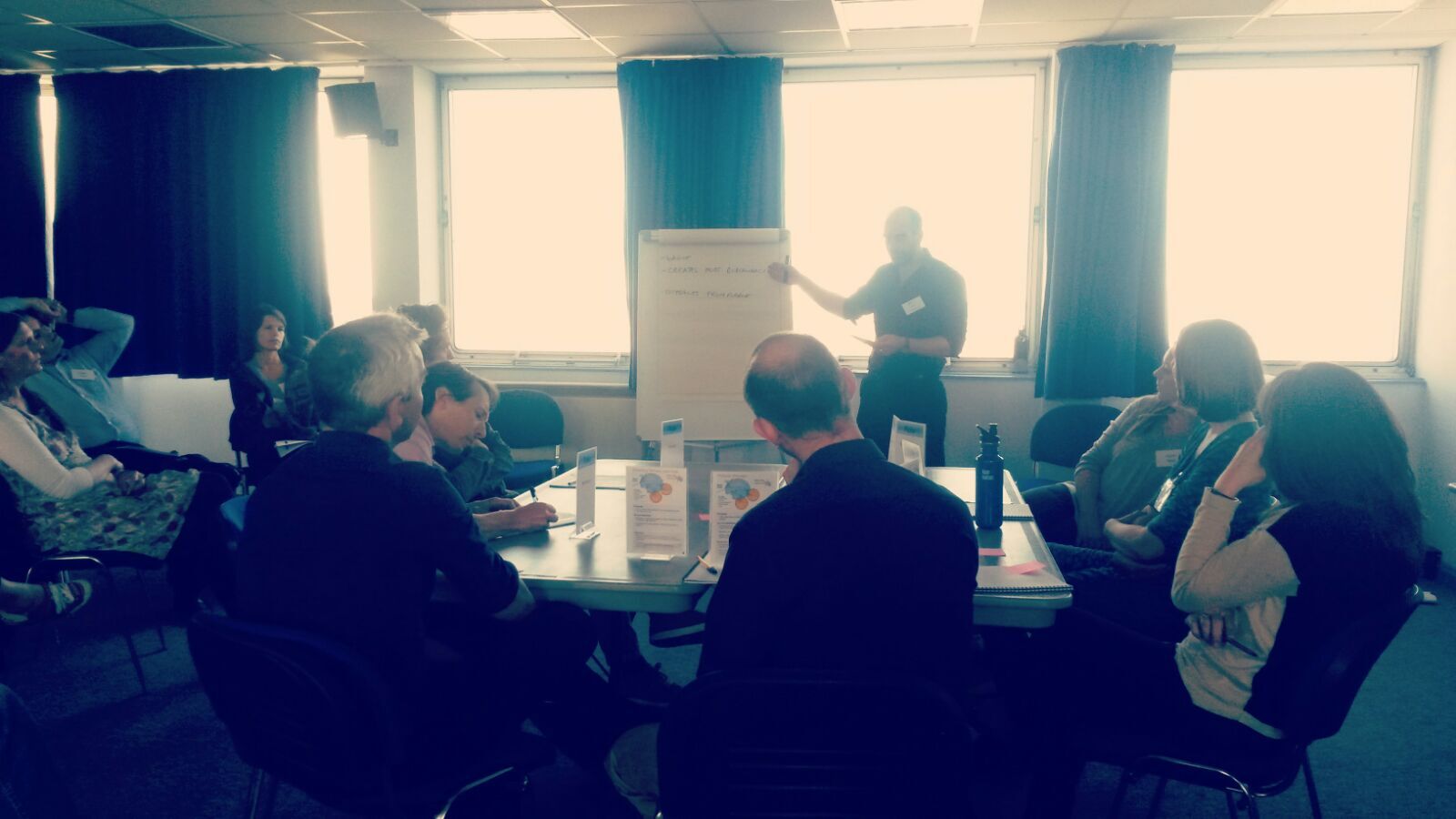 We believe Holacracy can definitely be a step in the right direction. The distribution of power allows for a more self-managing organization that can quickly adapt to a changing environment. Employees have more autonomy and can focus on the roles that fit their talents. On the other hand, we see some serious downsides and challenges that have to be overcome.

Some of the organizations that have adopted Holacracy have switched to a customized version of it. They fine-tuned the model to their specific organizational needs or they have moved beyond it altogether (like Medium, which they beautifully describe here). This strengthens our earlier thoughts that new ways of organizing are hard (if not impossible) to be done with an off-the-shelf model.

For now, we remain curious about this new way of running an organization. We are very much looking forward to learning about how Zappos is experimenting with Holacracy, who we'll be visiting later this year. Until that point, we remain in doubt...

Written by Diederick Janse
Methods are useful. They are like a recipe, encoding the lessons learned by others and helping us avoid common pitfalls. They also carry a…
Read more
Dec 04, 2021
When Agile, Self-Management, and Holacracy Fail
Dec 04, 2021

Written by Pim de Morree
Right after our arrival in Las Vegas we visit the company that has inspired us over the last years: online shoe retailer Zappos. We learned…
Read more
Read all articles