Home Blog A Four-Day Workweek: It's Better For Everyone

A Four-Day Workweek: It's Better For Everyone

Are you working your ass off? That's something to be proud of—hard work typically means putting in a lot of hours. At least five days a week, and a minimum of eight hours a day. And, of course, those with serious ambitions will not shy away from taking on even more hours... right? 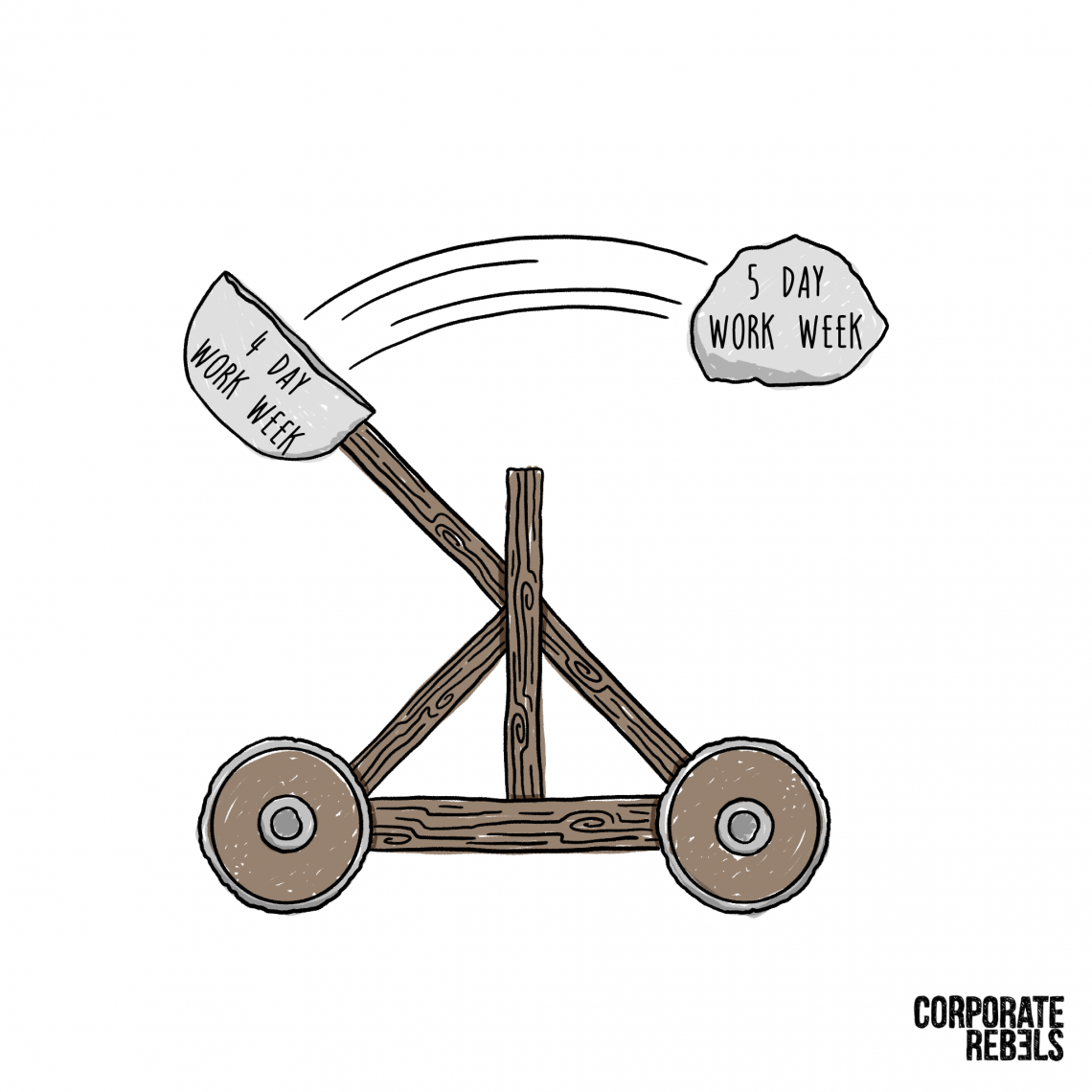 It remains a persistent idea that the only way to get the most out of your career is to work as many hours as possible. You even hear people brag about it in some circles:

“I work sixty hours a week.”

The only thing you can conclude from statements like these is that people who say this stuff are not concerned with their own priorities—they’re more concerned with someone else's.

However, keep in mind that sitting at your desk chair while Googling your name and waiting for the boss to leave the building is not work.

Fortunately, another trend is emerging: an increased understanding of working from home and flexible working hours. The idea that a job can be more than sitting at your desk in the morning and leaving in the evening may not be too revolutionary, yet it took many a pandemic to realize that work is more than simply being present in the office.

Now is an excellent time to take this idea seriously because it’s better for literally everyone. Why? Because we have learned in recent years that an improper work-life balance does not help anyone at all.

In short, if your personal life suffers from your job, your job will eventually suffer as well.

It remains a persistent idea that the only way to get the most out of your career is to work as many hours as possible.

Employers are beginning to understand that a good work-life balance is also in their own best interests. So, it’s not surprising that all kinds of experiments are being launched worldwide to achieve a better balance.

And the most popular attempt currently seems to be the four-day work week.

In Great Britain, they are taking it seriously this year. With government support, 3,300 people went from working five days to four days a week in one fell swoop, all while retaining a full salary. In return, employees were asked to at least try doing the same amount of work in the shortened week.

Since 80% of Brits say they prefer a four-day work week, the motivation to make the project successful will be quite high. The hope is that it will ultimately be a positive change for both the employees and the companies. It is also expected to reduce commuting by 20%, which is good for the environment.

Let’s be clear: the four-day workweek is not the magic bullet that will fix everything. You cannot take a day off in all sectors and do the same amount of work—that would be fairly impractical for people like chefs, firefighters, or train conductors. But with classic office jobs, it always pays to at least try.

Take, for example, Perpetual Guardian, a company in New Zealand. 78% of the 240 employees reported experiencing a better work-life balance with a four-day workweek. They had less work-related stress, felt more motivated, and did better work overall.

A Four-Day Workweek: It's Better For Everyone

Do the same work in less time

After a workday, how often do you feel like you haven't really accomplished much? And how often is that honestly because you actually have too much time to finish something? Why take longer than necessary to do something? Who wins with that? No one.

It's the 40-hour workweek—the fact that you get paid for 40 hours—that makes you feel like you also have to work at least 40 hours.

Try to do it in 32 hours, or 28 hours. We have already shared a few tips on how to get it done: get rid of unnecessary meetings, stop the reply all-tornado and work offline whenever possible.

When done right, a 4-day workweek will make it easier to focus on what you really need to do since you have less time to do it—and you'll get an extra day off.

Written by Pim de Morree
I'm proud of a lot of things our team has done over the years. But, there's one thing that truly stands out. Big time. So, what is it? It's…
Read more
Nov 12, 2022
Emotional Intelligence (EQ) in Leadership for Flat Organizations
Nov 12, 2022

Written by Pim de Morree
The days of the traditional leader are over. (Well, if it were up to us.) Leadership can be much more dynamic than traditional pyramid…
Read more
Nov 09, 2022
What If Your Company Was Divided Up Into Countless Startups?
Nov 09, 2022

Written by Pim de Morree
The Great Resignation was all the hype earlier this year. Then Quiet Quitting took over the headlines when hordes of people popularized…
Read more
Read all articles