Have you ever suddenly found yourself at your workplace folding paper airplanes or trying to build a tower from marshmallows? Or pretending to be sprinting, scrumming, or hacking? Or even worse, did you find yourself being forced to play with Legos or Playmobils at work? Well, we have bad news for you. These are all serious symptoms of your workplace being attacked and seriously infected by a stupid management fad. 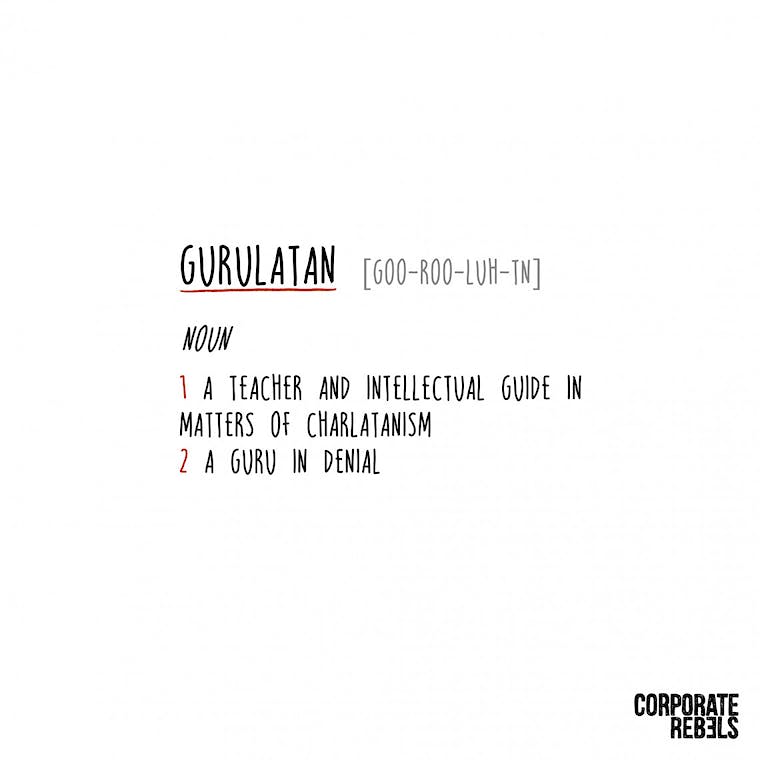 Management fads are the magical methodologies — most of them originating in (Silicon Valley) startups — that can be introduced into any organization to successfully change its ways of working — often with the goal to "gain a competitive advantage." Or whatever.

The irony is that while all these management fads promise to make work better, they often do more harm than good. And actually, they might even be one of the biggest causes of why the modern workplace makes so many employees miserable.

The irony is that while all management fads (Agile, Lean Startup, Holacracy, Teal, etc.) promise to make work better, they often do more harm than good.

Let me give you three examples of recent management fads that have become popular in the corporate world, but have also driven most employees absolutely freaking nuts.

The biggest and most obvious management fad is "Agile." Originally designed by and for software developers, this methodology once started as just a simple manifesto comprised of 12 common sense working principles, such as working in self-organizing teams and building projects around motivated individuals.

However, over time, this common-sense manifesto has been hijacked by an army of snake oil salesmen who have turned it into a range of magical recipes (like SAFe or LeSS ) that promise to make any organization future-proof.

Another fad is the "Lean Startup." This methodology, with its own exotic concepts (like MVP and pivots), is similarly based on common sense principles like avoiding waste and setting up experiments to validate underlying business assumptions as soon as possible.

It was originally designed as a general framework to be adapted to the conditions of each specific company in order to achieve startup success. However, that adaptation is often forgotten, as the methodology has been turned into something like a bible for startup folks, causing many of the subtleties to become lost over time.

One of the more recent management fads is called Holacracy — a methodology based on the commercialization of, yet again, a set of common sense working principles and practices that already existed elsewhere for decades (mainly within Sociocracy when it took off in the 1980s).

This one has even its own constitution filled with jargon like "circles," "lead links," and "tacticals." Only time will tell what this fad will eventually evolve into.

When a management fad gathers a cult following that becomes evangelistic enough, there is a high probability that this fad will become a self-sustaining industry unto itself.

Sooner than later, this industry will spit out all kinds of resources like conferences, consultancies, certification programs, trainers, and books, all devoted to its teachings and the miracles(!) it can achieve.

Over time, the industry will transform the fad into something akin to a management religion, each relying on its own holy scripts and dedicated apostles.

Really laying it on thick with the metaphors here, but that's because they're accurate as hell.

Each self-respecting management religion has its own apostles, a small group of management gurus with larger-than-life characters. Just browse LinkedIn for like five minutes, you’ll find plenty.

But here’s the thing. It’s typically not the gurus themselves that regard their methodology as a religion. In fact, their writings often warn of the dangers of using their methodologies as universal recipes to success.

The tragedy is that the business world has an unquenchable thirst for Silver Bullets. It is simply not willing to accept that each methodology has its own limited conditions to succeed — and may not even work for certain types of organizations or industries.

And to quench that unending thirst for simple solutions, each fad eventually creates its own priesthood populated with a large group of wanna-be gurus.

These opportunistic folks often have the special gift to turn methodologies based on common sense principles into Silver Bullets sold as complex frameworks that promise universal solutions.

Wanna-be management gurus have the special gift to turn methodologies based on common sense principles into Silver Bullets sold as complex frameworks that promise universal solutions.

Each management religion also seems to have its own army of consultants and trainers that act as their missionaries.

These are the people trained to infiltrate help-seeking organizations, Trojan Horse style, and then sell them the Silver Bullets.

Once they have infiltrated the organization, they first convince the leadership that their employees can only master their management religion after they have attended a series of silly workshops.

It is at this point that you will find yourself in a workshop playing with ballpoint pens, marshmallows, paper airplanes, Legos, Playmobils, or any other random bullshit prop.

Although it is sometimes tempting to believe, there are simply no Silver Bullets in management.

Even worse, each management fad becomes a liability when applied dogmatically. Think about it. It burdens employees with a second job. The fad just gives them extra work. Literally no one wants this.

And now, aside from their normal work, employees have all kind of new mandatory activities — like scrums, stand ups, and tacticals — on their plate, as dictated by their new management religion.

It also forces any non-believers into role-playing. To keep their job, this group just plays along and pretends to drink the Kool-Aid. But, in reality, they will end up just doing things like they always have before.

It is not hard to imagine how this can all make the life of employees miserable.

It will also not provide the organization with the "competitive advantage" promised by the wanna-be gurus.

And what do you do when the fad doesn't deliver what it promised?

Well, you simply jump head-first into the newest management fad that promises you that (this time) things will be different...

Don’t fall for this shit anymore.

Written by Grzegorz Kuczynski
This is a story about a company with 400+ people searching for their ultimate organizational design, moving beyond agile approaches into a…
Read more
Read all articles