This Indian Company Has Been Exploring Self-Management For Two Decades

Yash Pakka is a compostable tableware manufacturer in Faizabad, Uttar Pradesh. Their products are made from sugarcane waste and are 100% compostable, and the factory is even powered by its own power grid that uses rice husk as fuel. But they’re innovative not just in terms of what they make, but how they organise. 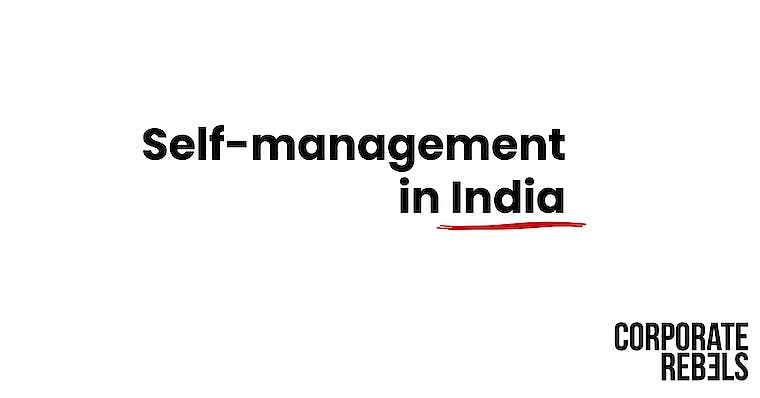 Back in 1999, a particularly severe bout of inter-communal violence meant that managers were unable to travel from their homes 12km away to the plant and with no phone lines, there was no way to get in touch with the workers for a month.

When the violence died down and managers returned to the plant, they were surprised to discover that the workers, more locally based, had been continuing the work without them, self-organising to order raw materials on credit. Even more surprising was the revelation that production levels had reached a record high in their absence.

From that point onwards the owner, KK Jhunjhunwala, and his leadership team decided to totally reconsider the role of managers and the autonomy of the factory workers. Fast forward to 2019 and Ved Krishna, KK’s son, has continued the legacy of a progressive, values-driven organisation and taken it to new heights, such as developing a product line of eco-friendly tableware Chuk that’s now launched in the US.

The unique culture at Yash

Here are some of the ways that Yash has created self-managing teams and tried to push decisions down to the teams:

When managers couldn't get to the factory for a month, workers continued without them and achieved record-breaking production levels.

Going against the grain

This journey has not been without its challenges. Chief among them, perhaps, is the deeply ingrained hierarchical culture in India and how strongly it pushes against any efforts to develop a robust self-managing system in the form of old habits and new employees who join with no experience of this way of working. Commenting on the distinction between Western and Eastern hierarchies, author of The Art of Quite Influence Jocelyn Davis says:

"In the West, hierarchies are mostly what one might call task hierarchies: efficient temporary structures that organise individuals for temporary purposes. Asian societies, in contrast, are characterised by relationship hierarchies: lasting networks reflecting the honour owed particular people (mother, boss, teacher) based on who one is to them (child, employee, student)."

Indeed, Ved’s nickname at Yash is “bhaiyya”, which is Hindi for “big brother”, and his father was known as “babuji”, a term of respect for a father figure. Ved explains: “a hierarchical mindset is driven into us more or less as soon as we are born…and we have such a huge population vying for such a small number of seats for everything which leads to a culture of competitiveness.” One of the Ved’s strongest commitments at Yash has been the idea of “reducing fear within the system and reducing sycophancy, where people typically kiss up and kick down.” He continues:

“Each time we get someone new, it starts again because they come from that system. It’s not just the leaders who are creating this. What’s also happening is that in societies, people are not used to taking decisions. Typically we come from a joint family background where literally even at the age of 40 to 50, if you’re not the head of the house, you’re not even deciding where your child is going to go to school, or who you’re going to marry. Even your job has to be consulted with your father. So it’s not just the leaders, it’s also the workers who don’t want to take decisions and typically look to someone else.”

“We’ve succeeded in part,” he says, “but it still remains an uphill struggle every day, especially since I’ve stepped down from operations. So it becomes a bigger struggle because the leadership doesn’t have the patience to build on top of that. But we truly believe if we are to become an innovative organisation, if we are to tap into the genius of each person, we need to find a way to not suppress the creativity amongst people. So we keep working at it, but you’re going against all the social norms…”

Ved believes that self-management may be more challenging in India compared to the west where equality is more or less the norm, “but,” he says, “it’s more needed here because the basics of humanity remain the same. I think we all look for meaning and purpose in our lives, we all look to be able to contribute at some level. And if humankind is based on this fundamental sense of being, there is no reason why it shouldn’t happen. I do think it will be more of an uphill struggle and you need a lot of aligned people and whether we have the energy to be able to do it is the bigger question.”

Self-management may be harder in India, but it's more needed here.

The future for Yash

“My hope for the future is that everybody out there challenges me…because we come from a society where I could say something and everybody would nod,” Ved concludes. This is happening more and more at Yash, especially as more millennials join the business. He told me a story about one of their electrical engineers.

“In a big meeting, after the factory had gone down, I asked him “so what went wrong?” He stood up and said, “I messed up. I was experimenting and I didn’t know what to do and I decided to try something and it brought the whole plant down.” And this is a huge thing. And I was SO proud. This is it, yes, we’ve done it! When a person is ready to stand up and say I messed up, that one thing can keep us going, that one thing gives us hope. If we can create more and more of that, where people can lose their fear, bring out their genius and stop putting things under the carpet and bring it out and try and work with it, we’ll have done our bit. I hope more people will join the bandwagon, see the beauty of this, let go of our own egos, let people find meaning, and create places where they truly enjoy doing what they’re doing.”

To learn more about Yash, you can listen to my podcast interview with Ved on the Leadermorphosis podcast here.

This guest blog is written by Lisa Gill. Lisa is an organisational self-management coach and facilitates leadership courses that train people in a more adult-adult, coaching style of leadership with Tuff Leadership Training. She is also the host of the Leadermorphosis podcast. Lisa was included in the Thinkers50 Radar 2020 for her work with self-managed teams.