This Thought Experiment Should Be Mandatory For Every Business Leader

Ever heard of the Veil of Ignorance? I had never heard about this classic thought experiment until recently. I suddenly stumbled upon it this past month in two books I was reading. Interestingly enough, these two books were about completely different topics—one is about blockchain and cryptocurrencies, the other about so-called "net positive" companies. After I read about the thought experiment in both books, I realized that an adapted version of this thought experiment should be a mandatory exercise for every business leader. 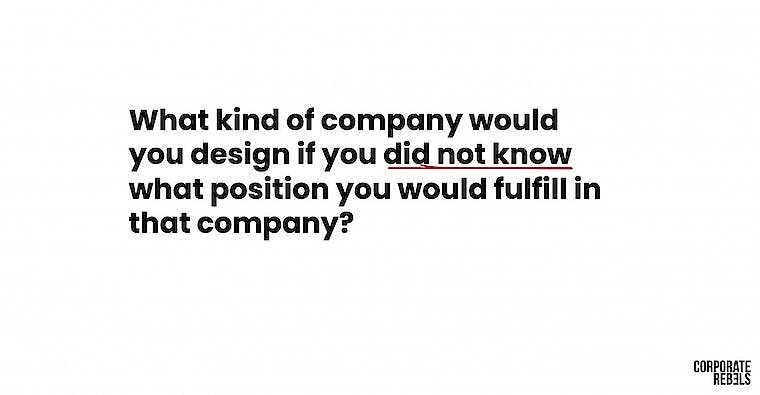 What is the Veil of Ignorance?

The Veil of Ignorance (sometimes referred to as "the original position") is a thought experiment popularized by 20-century philosopher John Rawls with the goal of thinking more clearly and impartially about the fair organizing principles of a society based on solidarity.

The actual thought experiment is both brilliant as simple. The authors of Net Positive describe it as follows:

"Imagine you are setting up a political and economic system, but you don't know your place in society, class position or social status... [or] fortune in the distribution of natural assets and abilities, intelligence and strength.

The answer is obvious. Respect, equity, compassion, humanity, and justice would be at the core. The system would provide a basic foundation of well-being and dignity for all, with people at the center, not money."

The Veil of Ignorance: This thought experiment should be mandatory for every business leader

Rawls argued that this thought experiment can be seen as a moral reasoning device designed to promote more impartial decision-making. This is done by denying the decision makers access to potentially biased information about who will benefit most or least from the available options they can choose from.

And guess what? Researchers recently validated Rawl's argument. In a study from 2019, Huang, Greene & Bazerman demonstrated across seven different experiments—with over 6,000 participants—that Veil of Ignorance reasoning leads to choices that favor the greater good.

Moreover, the research also indicated that when people make decisions behind a Veil of Ignorance, their decisions tend to be more impartial and socially beneficial. How about that.

How would that work? It is simple. Instead of asking yourself:

'What kind of world would we want if we did not know what circumstance we were born into?'

You can ask yourself (or leadership team) this:

'What kind of organization would we want if we did not know what positions we would fulfill in the organization?'

Team leaders can ask something along the lines of:

'What kind of team would we want if we did not know what roles we would play in the team?'

As a leader you should ask yourself:'What kind of organization would we want if we did not know what positions we would fulfill in the organization?'

We predict it will prompt you to make more fairer decisions that will maximize the collective welfare of your team or organization.

Let us know how it goes!

Join us in the fight for better workplaces. Apply to the Corporate Rebels Academy here.

Written by Pim de Morree
I'm proud of a lot of things our team has done over the years. But, there's one thing that truly stands out. Big time. So, what is it? It's…
Read more
Read all articles