Home Blog 300 Employees And 0 Managers: Self-Management In The Public Sector

300 Employees And 0 Managers: Self-Management In The Public Sector

When we started the Corporate Rebels in 2016, one of our first visits was to a place you wouldn’t expect to find on our Bucket List. It was the Belgian Federal Office of Social Affairs - a government department based in Brussels.

Back then we were inspired by their extreme focus on freedom & trust. Recently, we went back—this time to learn about another of their dramatic transformations—to full self-management in a large part of their organization.

As a government organization, the Belgian Federal Social Security Service is pioneering what work in government could look like. Over the last ten years it has drawn the attention of many. From all over the world, film crews, authors, and fellow civil servants come to Brussels for a peek into their unconventional way of working.

Ever since its transformation, the Federal Service has achieved some incredible results. Here are just a few:

While the results of their transformation so far have been remarkable, they have decided not to stop. Again, they challenge the status quo. They transform a large part of the organization (~300 employees) into a form of self-management.

Nowadays, many organizations are interested in making the move to become self-managed. The reasons vary, but the often-encountered problem is that many have no clue how to do it. They often take wrong decisions at the start of the process (for example, they expect that if you change titles of managers to coaches, the rest will automatically follow). Or the entire middle management is fired without having trained teams on what self-management is and how it works.

That’s why we believe it’s worthwhile to share their story. Not to copy-paste their approach (as there’s no such thing as a one-size-fits-all model), but to gain an insight into what a successful transformation looks like.

Saskia Gheysens, co-worker at the Federal Social Security Service, and initiator of the move to self-management, described the process, starting with the transformation that started back in 2013.

The department that Saskia joined then is responsible for assessing and allocating government allowances to people with disabilities. This department works closely with local partners to provide care and support in the assessment and allocation of allowances.

In 2013, the first step was to start a project with their most important stakeholders: people with disabilities, co-workers and local partners. The aim was to figure out how to deliver better service. Around 250 people joined forces for a day to talk about what they wanted to change.

Saska: “Of course some came up with ideas we couldn’t execute. We are limited. But from that session we started a lot of change projects. One of the main things we changed was how we organize ourselves.

In 2013, we had different expertise in separate business units. One business unit was in contact with our clients, one was responsible for the back-office, one was the social worker team, one was a team of doctors.

During the co-creation project we figured out that it would be better to get people with different expertise work together in one team. They would handle everything from A to Z—from the first question someone has about our services to the end of the process. They would be responsible for all the work in one region.”

The move to multidisciplinary teams responsible for a region is one we’ve seen all around the world—like at Buurtzorg, Handelsbanken, and Haier. Most of these began with a phase we call the “organization design” phase.

In this phase, the overall design of the regions is made; the different roles within the teams are defined; their performance metrics are drafted; and team sizes are defined.

The outcome of the organization design phase was a new structure. The department would be divided into multidisciplinary teams that would focus on one specific area with all required expertise. These teams would handle all the work in their region from A to Z. Basic team roles and competences were defined. Team size was to be between 12 and 15 co-workers.

In 2014, the transformation announcement was made. From that moment it was clear that 1.5 years later (January 2016) the teams would start working in this new structure. During the 1.5 years, several crucial preparation activities were completed.

At first, co-workers chose the teams they wanted to work in. Saskia: “We didn’t put two people from the back-office together with two front-office workers, two doctors, et cetera. They could choose, but we made it clear that the team should be able to execute all the tasks from A to Z.”

They wanted people to get along, but they also wanted teams to have the right skills mix. That’s what they coached the teams on.

Saskia: “Some people chose their teams based on people they really liked. But after a few weeks or months (before we went operational) they figured out that they didn’t have all the right competencies in place. In those examples they moved to other teams that would be a better fit.”

“Also, we coached teams to be aligned on vision and values. If people couldn’t align on those, they had the opportunity to move. That happened a lot in that phase.”

So the department took 1.5 years time to prepare for the change. Teams met regularly to ensure the members, roles, vision, values, and team dynamics were all ready for the change that was about to happen. During the preparation phase, 2 full-time co-workers were available for coaching and support. Every team had 3 or 4 fixed meetings with these coaches over a 1.5 year time period.

As of April 2016, the teams started working in the new structure. Their preparation helped them to get started in a positive way. Of course, not everything worked well from the start. KPI’s for team performance weren’t very clear; it was hard for the teams to assess their performance.

Saskia: “Nowadays we have KPIs in place that help teams assess their performance. Examples include throughput time for allowance requests, or customer satisfaction numbers, number of complaints, et cetera.

“We also learned to connect similar roles. Meetings were set up to have people share information between teams. For example, the social workers from several regional teams started to meet regularly to share knowledge on their specific roles.”

Another issue in the beginning was that not everyone dared to speak up in team meetings. Support workers, for example, were scared to challenge the opinions of doctors in the same team. That’s what Saskia and her fellow coaches then worked on. They coached some to speak up, and others to be more involving. Sometimes they even pushed people into conflict.

Saskia: “The teams that had a lot of fights in the preparation actually performed best when going live. The friendly teams often under-performed because they were afraid to address the tough topics. Sometimes, as coaches, we even pushed people into conflict to ensure things were properly discussed. Afterwards we were also there to help them with the feelings that came out of those meetings.”

The teams that had a lot of fights in the preparation actually performed best when going live. The friendly teams often under-performed because they were afraid to address the tough topics.

Just like in many other self-managing organizations, high performing teams started to coach teams that were performing less well. 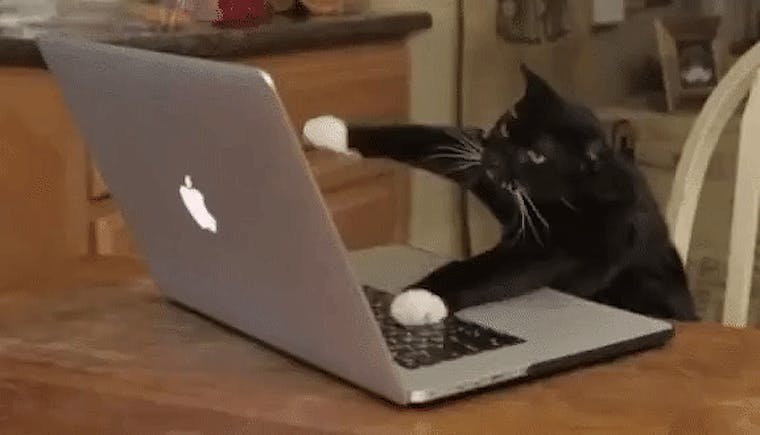 The results so far

What are the results so far? Saskia: “That’s very difficult because we have had various change projects at the same time. And our IT system caused big problems just as we were getting started. That led to a lot of frustration and backlog. But we do see that clients and teams are happier with the new way of working.”

One of the most significant outcomes of the new structure is people development. Saskia: “We see that in the new structure people stand up and display talents we haven’t seen before. They have more opportunity now to show their talent – they have really started to flourish.”

So what happened to the managers? To be clear, at the Federal Service they already had a very flat organization of only three layers. Saskia: “From the original five at the director level only one is left. One level below that there used to be ten managers and there are only three left.

And the transformation continues. The first signs of success are there. At the same time there are obstacles and challenges that still need to be overcome.

The beauty of this story is in the fact that it’s a government organization—and one that dared to challenge itself, again, to be an even more engaging and successful workplace. They’ve showed they could in the past. They are showing it again.

While the results of their transformation so far have been remarkable, they have decided not to stop. Again, they challenge the status quo. They transform a large part of the organization (~300 employees) into a form of ..

Let the Federal Service be a source of inspiration, and a courageous example. We can learn from them. But let us make sure we’re not simply copy-pasting their process.

We hope this story provides another piece of the puzzle called self-management.